While playing around with 3DS Max 2009 for some of our GENeSIS work, I happened to notice that it’s now possible to use .net assemblies in MaxScript. My first thought was to use this for some of our agent based modelling work, but when Fabian Neuhaus asked about importing GPX files, I saw a really easy way of doing this.

The “System.Xml” assembly in .net makes parsing the GPX file extremely simple. A GPX file is nothing more than an xml file containing a list of trackpoints with a lat/lon and a time. The following script parses a GPX file and generates an animation of a box following a spline which follows the GPS track:

In order to use this, you have to run the script from the MaxScript rollout on the Utilities menu (click the hammer on the right hand side). Then click the “MaxScript” and “Run Script”. Point the file dialog to the file dowloaded from above and it should run. 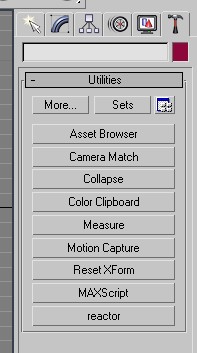 The script creates a rollout window which allows you to browse for a GPX file to upload. After this is done, the file will be imported, resulting in an “Import Successful” message.

The only problems you might get are to do with the format of time recorded by the GPS in the track. If the import refuses to work, then you might need to change the time format as indicated by the comments in the MaxScript file.

One other thing worth mentioning is that the lat and long coordinates have been multiplied by 1000 in order to cope with a lack of granularity in Max. After producing this version of the script which loads data in the WGS84 coordinate system, I then created another version which reprojects the data into the OSGB36 system that Ordnance Survey uses in the UK. This means that we can match up the GPS tracks in Max with our own data on building footprints which comes from Ordnance Survey.

For movies showing the animated GPX tracks, have a look at the Urban Tick website: