The first two parts of the FBX export process dealt with getting the FBX SDK working and exporting some simple geometry. Now what’s required is the ability to pass complex geometry from the MapTube side using C# over to the FBX side using C++. The obvious way to do this is to pass the geometry in the OGC well known binary format (WKB), so I’ve been looking at GEOS which is a C++ port of the Java Topology Suite (JTS). I’ve managed to use this in conjunction with the FBX exporter to create simple geometry from WKT which I’ve loaded into 3DS Max. 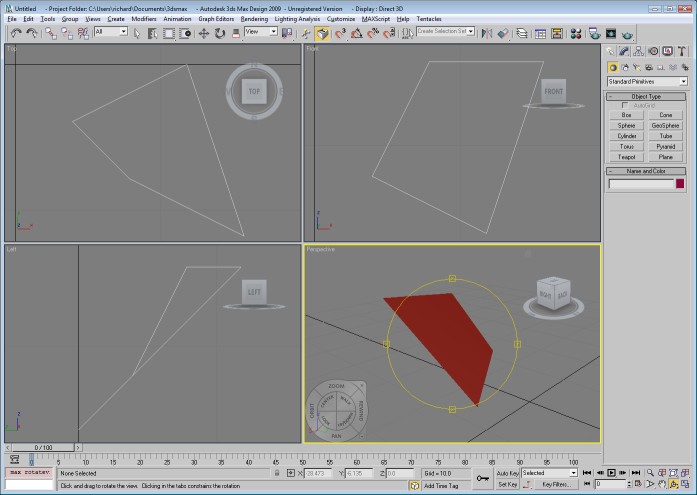 One of the problems I had was building a debug version of GEOS version 3.3.1 as the instructions aren’t quite right. The make command for a debug build is:

As I’m using Visual Studio 2008, I had to run “autogen.bat” first to create the required header files, and also make sure I do a clean between the release build and the debug build. Once this library was built successfully, I could use the WKT reader to read in some test geometry and build an FBX exporter around it.

The entire FBX exporter is too big to replicate here, but the part that extracts the geometry from the GEOS geometry object and creates the FBX control points is as follows:

The only other thing I’ve done is to create a material for the polygon so it shows up as red in 3DS Max.

Now I’ve demonstrated that all the component parts work, the final stage of getting geometry from MapTube into 3DS Max will be to write a C++ library on top of the FBX exporter and GEOS which can be used as a native library from C#.