With the recent release of the OS Free Data and the up-coming election, I’ve been looking at Parliamentary Constituencies boundaries. It’s not clear from the accompanying documentation which boundary set the OS Free Data is based on, but the following image should clarify things. This is from the OS Free Data: 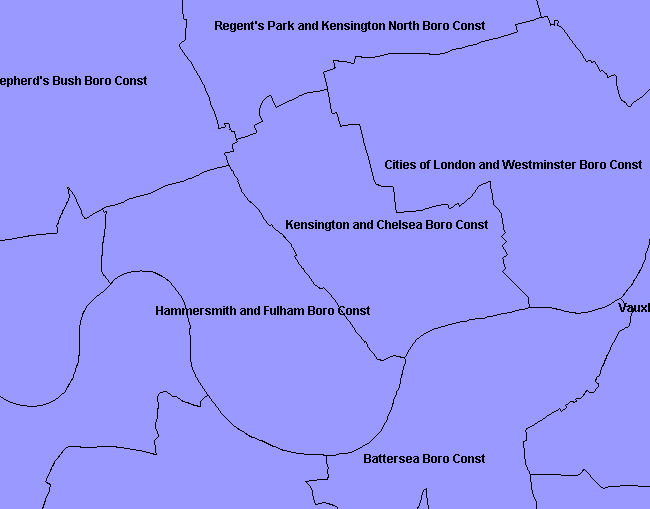 Now compare that to the PCON 2010 dataset that I obtained from the Boundary Commission: 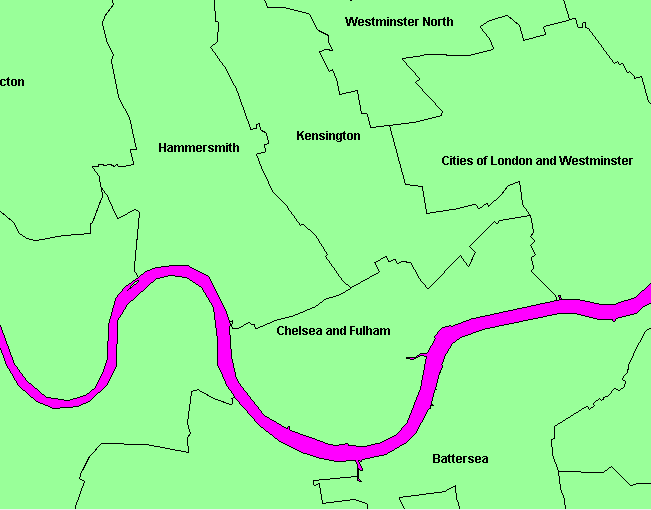 This is the set of boundaries being used for the upcoming election as you can see that “Hammersmith and Fulham” has split into “Hammersmith” with “Fulham” being joined with “Chelsea”. This can be verified on the UK Parliament website and matched to their list of constituencies being contested in the General Election.

This means that the OS Free data is either based on the 2001 or 2008 (see National Statistics Westminster Geographies) boundary sets. It also doesn’t help that the Boundary Commission changed on 1 April 2010 from being part of the Electoral Commission to a new department called the Local Government Boundary Commission for England. This also raises the issue of the Irish political boundaries as we don’t currently have any access to them, but could make a substitute set of boundaries from postcode data.

Now that all the constituency boundaries are sorted out, we’re planning to had more electoral maps to our MapTube website, which will be at the following address: